The year started badly when our equipment store was broken into. The amount stolen was quite small but the damage amounted to nearly £1000. We were very fortunate to receive an anonymous donation from a villager which covered the cost, and our good fortune continued when we received funding to extend our nets, erect a screen and purchase covers.

The season started with exceptionally fine weather and by the end of May we were watering the square. We then had a very wet July and August so our new covers really came into their own. On the playing front we generally had a good season and we were excited to be entering a 3rd XI into the league for the first time..

The 1st XI had a poor start to the season but picked up as the season progressed and ended in 4th place. The 2nd XI had a memorable year and ended up as runners up and have thus gained promotion – it all went down to the last match with Claygate needing to win to beat us – they did. The 3rd XI enjoyed their first season, playing their home matches at Forest Green, and came a creditable sixth. The Surrey Trust Development League proved to be disappointing as we ended up in bottom place – the rule change which meant we had to field eight players u18 affected us quite seriously. We lost in the first round of the nPower Village Cup but had a lot of very good Sunday friendly 1st and 2nd XI matches. The mid-week team had a full programme but were badly affected by the wet weather. We played the annual 6-a-Side tournament on one pitch and this was generally felt to add to the atmosphere. The final was a real nail biter. We entertained Headley Court on a very wet and chilly evening but a good time was had by all. These are the only team photographs that we have been given. 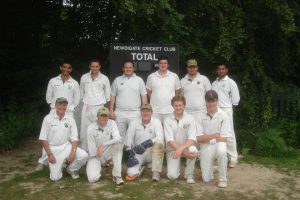 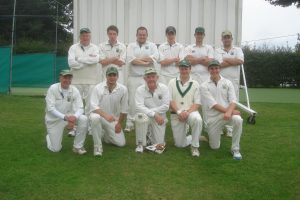 On the junior front we had over 100 registrations and the Monday evening coaching sessions ran smoothly with lots of coaches. As usual we played in the East Surrey Colts League and generally had an excellent season. Most of the u9s had never played cricket before the start of the season so a position of 9th was not a surprise – but there was steady improvement throughout the season. The u10s nearly won their league and were level on points with the leaders whilst the u12s went one better and won their division. They lost in the final of the cup and represented the league in the county finals at Sunbury CC. The u13s came 3rd and we had high hopes for the u15s but poor availability at the beginning of the season cost the team dearly and they ended in 4th place. The u17s did the club proud by reaching the semi-finals of the Denis Jacobs County Cup when they lost a close game to Reigate Priory. We did our normal training courses at Newdigate Infants School and the Weald Primary School and this year, following an initiative from Mole Valley, we coached Y5 & 6 girls in all the primary schools in Dorking. This resulted in winning a gold medal at the Surrey Youth Games and creating a Newdigate girls team which won the Under 11 Surrey Club Competition at Horsley & Send. This is an excellent development for the club. We hosted two Surrey u10 county matches as part of our Focus club contract and received a very complimentary letter from the county. More team photographs can be seen in the junior section. 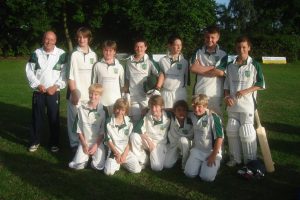 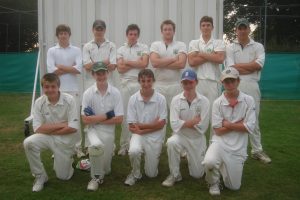 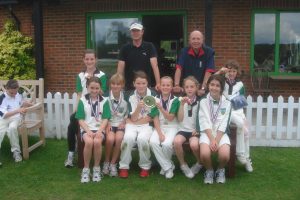 On the social side we said our thank you to Mr & Mrs Brown with a special themed ‘Brown’ evening and we held a James Bond style casino night. The Patel family cooked their legendary curry and kindly gave the proceeds to club funds. Turnover behind the bar was down due to the Jenny Chamberlain and Robinson Kincade matches being cancelled and a lot of people, for the first time, brought their own drinks to the Six-a-Side. It was not appealing after the tournament clearing up beer cans and wine bottles which had not been purchased at the club bar. Our annual bowls match against the bowls club was well supported despite the rain and the bonfire was probably the best we have had. Unfortunately we only just broke evens with many people watching the display without coming on to the Brocus. We guess that this is an indication of the harsh financial times that we live in but the club does need continued loyal support. In September we played against Dorking on the Cotmandene where we recreated an eighteenth century cricket match. 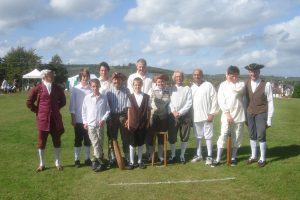 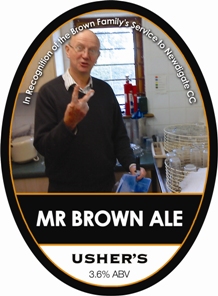