The whole season was dominated by rain, rain and yet more rain. This resulted in a lack of interest amongst players and a real struggle to raise teams. On occasions there were over forty players unavailable! Let’s hope that 2013 will see better weather and a new impetus for the club as we move into the Fuller’s Brewery Surrey County League. A full junior report for 2012 can be seen under their section.

A typical scene from the summer of 2012

With an influx of new players, 2012 was supposed to be our grand farewell to the Surrey Downs League.  It didn’t turn out that way.  Losing a third of the games to the weather, and league withdrawals didn’t help, and consequently affected availabilities.  When we did get on the pitch, a succession of lost tosses on sodden wickets meant that we were constantly on the back foot.

Of the newcomers, Mike Shaw was by far the most successful, making three 50s and a total of 268 runs.  I managed 396 runs, also with three fifties, but only two more fifties were scored by the team, and none of the centuries that I have been able to report in previous seasons (my own capitulation on 99 as close as we came!).  Special mention should be made of Thomas Ball who, in his six games slotted in around exams and other commitments, made 208 runs at an average of 41.6 to claim the batting award.

Outside of these three, only Matt Clarke could boast an average over 20 (in just 6 games) and this is an area we must improve on next year.

The bowling relied on the familiar faces of Ben Crook (25 wkts), Allan Cooper (24), and Ruky Wickremasinghe (21).  Apart from these three, our next best bowler took just 6 wickets, so another area we need to improve.

A final league position of 4th saw us beat the champions, but also lose to the bottom team, so an inconsistent season all round.

Next season sees us join the Fuller’s Brewery Surrey County League, which will bring some new experiences.  Certainly the likes of Merton and Hampton Hill will never have visited our little corner of Surrey before, whilst we will also face familiar foes in the likes of Merstham and Woodmansterne.  I’m certainly looking forward to the new challenge, and hope it will bring a new motivation to our league sides.  The decision to change leagues was taken with a view to pushing the club forward, and I hope that proves to be the case next season. 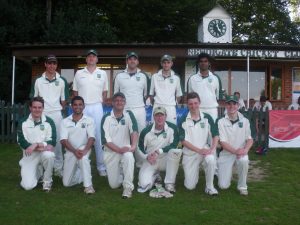 Newly promoted to Division 2 of The Surrey Downs League, a league of eight 1st XI’s and two 2nd XI’s (us and Claygate) the Saturdays 2nd’s finished a creditable 7th. Three times we had our opponents at 9 wickets down without winning and we lost one match by just one run, so with a little bit more luck we would have finished much higher.

Stephen Kehl had an outstanding season with both bat and ball finishing top of the averages for both disciplines scoring 262 runs at and average of 43.67 and taking 21 wickets at 21.62 runs per wicket.

Compared with 2011 we were without four front line opening bowlers for most of the season but Stephen stepped up to the mark, as did George Warne. At only 13 years old, and a bit reluctant and shy initially, he opened the bowling for the vast majority of the season and finished second in the averages, taking 17 wickets at 22 runs a piece – a remarkable achievement for one so young. He also quite quickly lost his reluctance and shyness as the season progressed. There was also steady bowling from John Callcut and Paul Bettesworth and it was these four that carried the attack for much of the season, a valiant effort by them all. 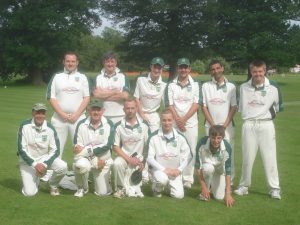 The batting was a rather disappointing, no one scoring more than Stephen’s 262 runs while Andrew Posner recorded the only ‘50′ of the season in one of his rare outings. John Callcut did a good job in propping up the innings on several occasions and Paul Bettesworth scored 250 runs, but did not reach the heights of the previous season.

We enjoyed our season and the team spirit remained excellent throughout. I thank all those who represented the 2nd XI, including very importantly, those who only played only one or two games, some at an extremely young age.

We look forward to the 2013 season in the Fuller’s League and the new challenges this will bring to the Club. 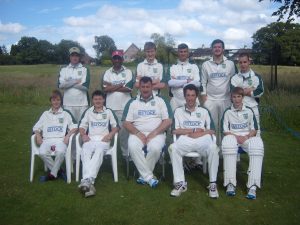