As reported at the end of the 2014 and 2015 seasons the ECB are looking at ways to halt the decline in the number of players participating in recreational cricket. We have witnessed this with the number of clubs struggling to field second and third eleven sides, the decline in Sunday cricket and the amalgamation of clubs. We are not immune to this and Charlie Major really struggled to get a third team out despite the tie up with Ockley Cricket Club who sometime only had eight players available in total. We entered the NatWest T20 Club competition for u19s and although we managed to field a team for all five matches it wasn’t truly representative as so many key players were not available. On the plus side Graham Capel has reported that there has been an upsurge of interest in the mid-week team despite a third of the matches being cancelled due to rain.

In order to fully understand and try to provide suitable cricket we invited thirty five committed and not committed young players to attend a discussion at the club – we offered free pizza to everyone? Sixteen replied out of which only two could attend so the meeting didn’t happen. We then asked about the NatWest T20 for 2017 and only five players responded.

One of our former players, Jack Wyllie, sent a very erudite message explaining why he isn’t playing cricket. He works on a Saturday and he wants to spend the Sunday with his family or friends. 20/20 doesn’t suit him because he is the type of player who builds an innings and does not possess big, powerful shots. He believes that the same applies to many of his contemporaries. So that is our challenge and a solution needs to be found to ensure the very survival of clubs such as Newdigate.

Captain’s reports are as follows:

It’s fair to say that we went into the beginning of last season with a certain amount of confidence and expectation. Unfortunately we fell someway short of the standards of the previous year and finished in a final position of 6th. It goes to show how evenly matched the league was that we ended only one win from 3rd place and the eventual winners, Hampton Hill, struggled against us even to be hanging on to avoid losses in both fixtures.

We didn’t have our greatest year with the bat. Only 3 players made an average of above 20 – Dylan Mares, Richard Callcut and Finn Osborne. In the overall run scoring Dylan topped the tables with a very credible 517, this was followed by Richard on 372 and Ruky 242. The highest Score was Dylan with 110 in our opening game against Southern Railway and Kenley. Sadly no one else managed to reach 3 figures for the rest of the campaign.

Our bowling was stronger with 3 players reaching the 20 wicket mark, Allan Cooper tops the charts with 30 scalps, closely followed by Dylan on 27 and Ruky with 23. The same three players were also the only players to have a bowling average of below 20. The best figures were Dylan’s effort of 5/1 when he came on 4th change against West End Esher.

The bowling stats are down on previous years and I think one of the main attributing factors was our fielding performance. I almost wanted to brush over this as the season’s success could have been very different if we performed to our best. Thankfully there is no page on dropped catches as there would be a good chance we’d be out of sight on a national scale if there were. One thing that did surprise me, the run-out stats was top by none other than Ruky. With 3 dismissals I guess there is hope for us all.

Overall my view is that our team is definitely good enough to compete in this division. In fact I feel the standard of opponent was lower than the league below, The only difference being that extra bit of quality that 1 or 2 players on each team had. If we can get that right I see a promotion push for next season. 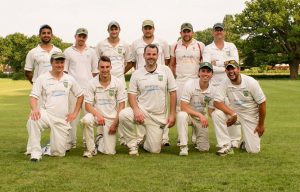 It was another frustrating year for the 2nds, we finished 3rd again just missing out on promotion.

We played 15, won 8, drew 1 and lost 6. Batting was our biggest problem during the season, with nobody who played 5 games or more averaging over 20. Mark Rance wins the batting award with an average of 19.83. We did have one century which was by Fraser Mosley who scored an excellent 103*.

In my opinion we have the best bowling attack in the league, the pick of this attack yet again was Will Bowley who picked up 38 wickets at an average of 14.21, This was good enough for Will to win the league bowling award for the 2nd year running. Will was well supported by some very good pace bowlers in George and Henry Warne, Charlie Wylie and Sam Slade, we also had the ever reliable on the spot bowling of Sean Roast.

I’d like to thank Jack Bowley and James Penfold for their help throughout the season and hopefully next year we will get the promotion that we deserve. 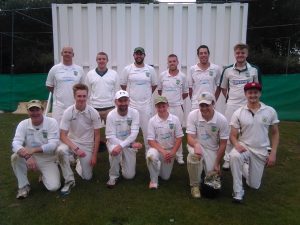 It was a difficult season despite high hopes coming from our new amalgamation with Ockley.

The stats were as follows.

Unfortunately with stats like those there weren’t any performances of note.

As you see we still struggled to put a team out most weeks. At one stage Ockley first team only had 8 available players throughout the club to choose from so we found out that even with the best of intentions from both clubs availability was going to be an issue for the season.

As you may be aware Ockley have decided to only field a first 11 for next season so unfortunately we won’t have a third team for next year. Hopefully this can change in years to come.

Thank you to all of those who made yourself available across the season.