We started the season with some trepidation following the travails of Covid but our fears were not justified as young players came back to the club in good numbers. We had 81 junior registrations and 19 All Stars making a total of exactly 100 young players. Due to the demands of social distancing it was decided to split training sessions so All Stars, under 9s and 11s met on Friday evenings and the under 15s and 13s met on Monday evenings for 14 weeks. Both groups had three training sessions cancelled due to rain. Vicky Clack kindly looked after the registrations.

Chance to Shine is an important introduction for young people to the game of cricket and is their gateway to Newdigate CC. This year we conducted 12 sessions for years 1 & 2 for about forty children.

We entered teams in the new Surrey Junior Cricket Championship at under 9, 11, 13 and 15 levels and the under 13s and 15s were entered into their respective cups. The All Star sessions were again a great success. 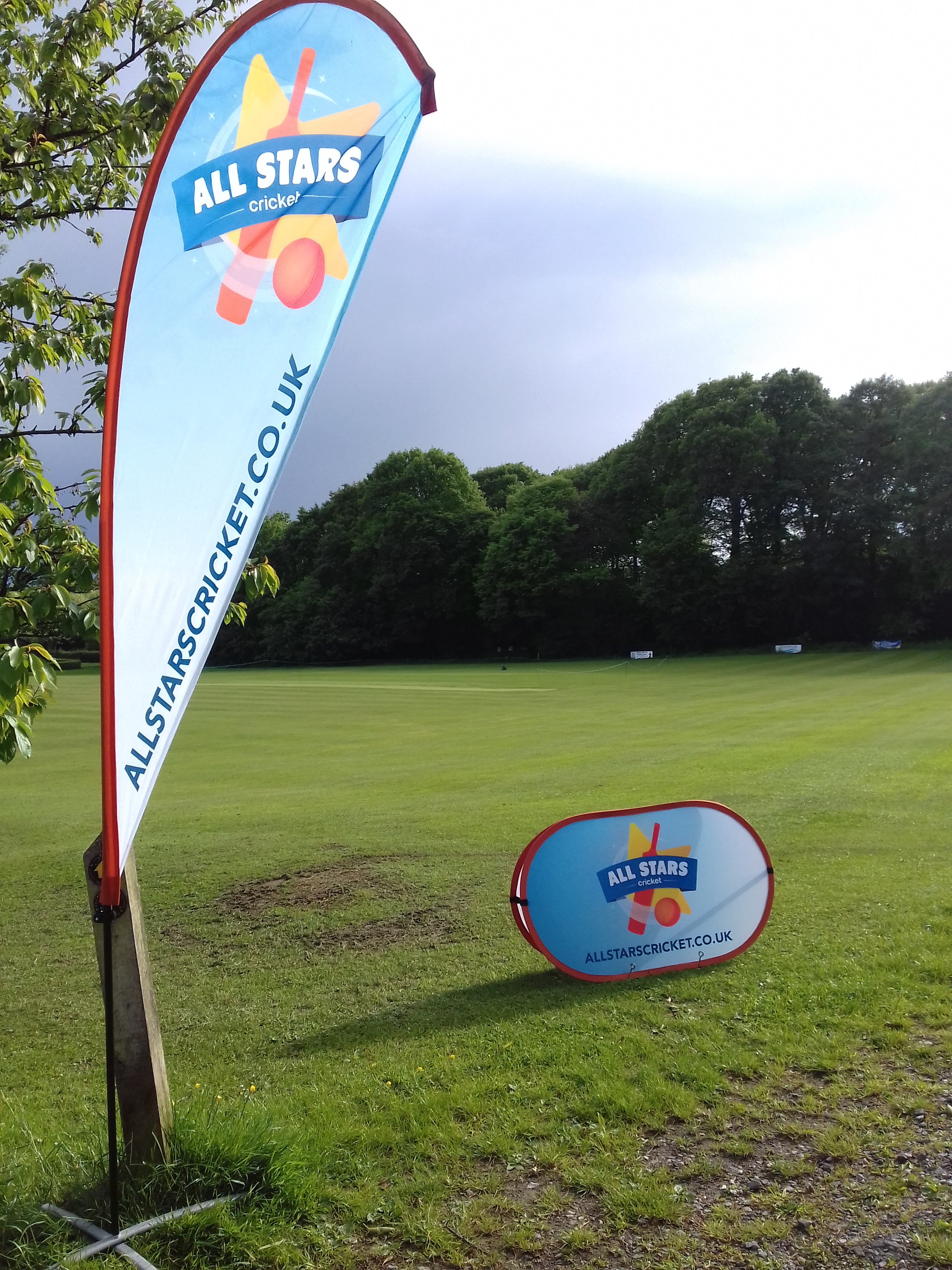 The official All Stars sessions were not run last year due to COVID disruption and instead, we ran an adaptive format of All Stars for the age group 5-8 years. ECB sponsored All Stars Cricket programme returned to Newdigate Cricket Club this year and we had a total of 19 participants. All Stars have proved to be a good feeder for the Colts groups for the club in last few years.

The first session was held on 21st May, Friday with 8 scheduled sessions on each following Fridays. We lost three sessions due to bad weather which we made up by running the sessions till the summer school holiday start and were able to deliver 7 successful sessions.

As usual, the children had a fantastic time with the All Stars sessions. In each session, they came wearing their colourful kits, ready to go. They were noisy, they were cheeky and they enjoyed every bit of their learning. The children’s enthusiasm in group participation was notable. Some of them practised the drills at home and shared their experiences in the following sessions. We had a lovely group of parents who actively took part in different sessions, we even noticed a little bit of competitiveness in some of the parents, especially when they were seen to had been outsmarted by some 5-8 year olds!

All Stars sessions were led by the lead Activator Monjur Elahi, supported by three other qualified activators, Annette Jordan, Dan Jones and Jon Bell. The children also were advantaged by getting support from some older Colts – Anna Lewis, Muntaha Farhat, Mysha Elahi and Aiden Jones – a special THANK YOU to our young helpers!

Overall, All Stars in the year 2021 was a successful event. The current Lead Activator Monjur Elahi is taking a break after doing this for last 4 years and Dan Jones has stepped up to take the mantle for the upcoming years.

The Under 9’s thrived this year with nearly 30 juniors attending across a season plagued by poor weather.

With a large majority of Under 8s in the group, it gave the opportunity to put out two teams at the weekend, which was great to see.

Some highlights included a league victory against local rivals Reigate Priory and a good performance in a highly competitive 6-a-side over in Horsley & Send, which included sides from East Molesey (Surrey Championship Premier League winners this year), Esher (also in the Surrey Championship Premier Division) and Spencer, which boasts one of the biggest colts section in Surrey, with nearly 1000 juniors and puts out 30 league teams in their juniors section.

Another highlight was a league game against Horley, which was played in “trying” conditions (raining throughout the game), but without much care from the players (only the coach!) and showed the keenness of those involved to play under any circumstance.

My thanks go to all the parents that have helped over the course of the season; especially Tristan Newton who has managed the team during their league fixtures in my absence, and to Jon Bell, Charlie Major and the other coaches that stepped in when required.

Whilst in many respects it was somewhat of a challenging season, the U11s have been a credit to the club. Whilst the weather was rather unpredictable, after two or three games the team began to gel and find some consistency and managed to win two games and lose four, with a further two lost to the weather. The standout performance of the season was beating Reigate Priory at home by 41 runs and this was quickly followed by a 79 run victory over Chipstead, Cousldon and Walcountians the following week. Standout moments of the season included Toby Wells hitting the Capel opening bowler back over his head for six (thats quiet a big hit!), match winning innings from Adam Hallett, Jacob Mumford and Harry Woods. On more than one occasion there was exceptional fielding from Joe Thornloe at cover and Harry Grimley behind the stumps. In the bowling department, both Edward Dearsley and Harrison Smith showed great promise.

Its been a pleasure to work with the youngsters and next season I believe we could genuinely push for a top-two finish in the league. Special thanks must go to Phil Mumford and Ray Smith for help on Fridays and match-days (especially Ray’s umpiring skills). I must also thank James Dearsley and Mark De Vrij for their scoring duties. 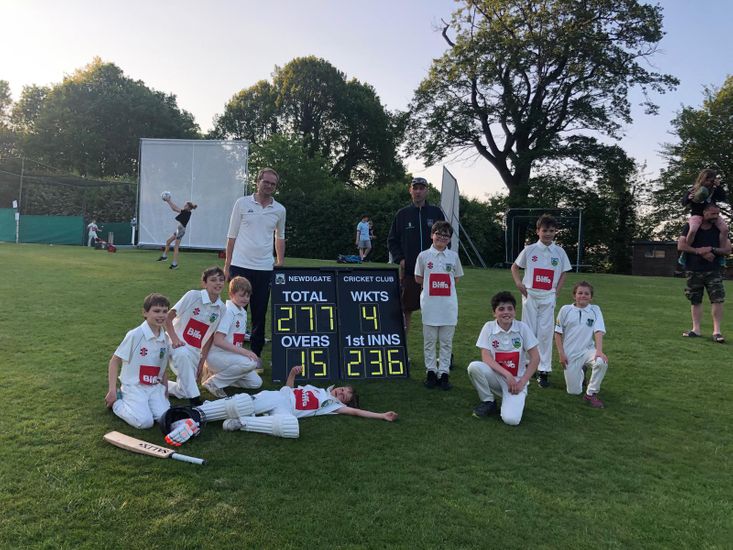 Including league, cup and friendlies the under 13s had a total of thirteen matches. Availabilities were a problem throughout the season. We only had a squad of fourteen players and not once did we ever have a full squad to pick from. At times we had five or six unavailable for matches so we were grateful to the under 11s who turned out for us.

There were, however, some outstanding performances.

Charlie Stimpson took 9 wickets at an excellent average of 10.00 and he was closely followed by Elliot Spiers who took 8 wickets. Best performances were Elliot’s 3-9 against Salfords and Charlie’s 3-14 against Oxted & Limpsfield. Charlie took 7 catches a couple of which were brilliant.

The side are a close knit group and have been a pleasure to coach. Thanks go to Andrew Major, Jon Bell and Dan Jones for helping with coaching and to Dan Jones and Simon Wells for umpiring.

The u15s finished mid table in the league this year.   The league had some strong opposition and was closely contested. We won three games, which was one less than the league winners, Reigate Priory.  The players have again developed well and it was great to see some of the u13/14 contributing well to the team.   We had great wins against Dorking,  a masterclass in batting from Thomas Clark 123*., Capel – excellent fielding and bowling, Reigate – destructive batting and also in the Cup against Merstham.   Thomas would go on to top the batting charts at club and across the league.  Bowling performances were generally spread across the team,  Tommy Stimpson took the most wickets.

…. and a group of 15 went to the Oval to see Surrey play Somerset in a one day match.