We had a total of 103 registrations for the 2019 season. Our maximum attendance on the 7th June was 85 but we averaged 60 over all the sessions. With an average of 13 coaches/assistants attending we achieved a player/coach ration of 4.6 which is well within the ECB recommendations. However, we do need more people to step up and take the UKCC Level 2 course over the winter so as to further improve our quality of coaching for the young players. During the season we played matches in the East Surrey Colts League at u9, 11, 12, 13 & 14 levels and the under 13s played in the Surrey County Cup. Coaches reports for each team follows. 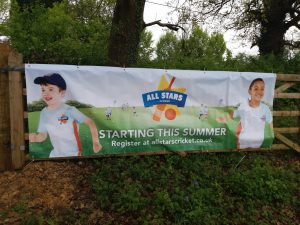 For our third consecutive year taking part in the ECB inspired All Stars programme, we were again delighted to sign up over 30 youngsters. Some of the older ones quickly moved on to the U8/9 Colts group where they were able to enjoy some further skills related sessions and also the chance of some matches. We were very rarely hindered by the weather this year and only missed a couple of sessions.

Our young cricketers arrived each week proudly wearing their personalised All Stars shirts, quickly getting involved with catching practice and warm up games.

Each week we varied the fun games, giving them different ways to learn and practice throwing, bowling, batting and catching skills. The games are cleverly devised to encourage actions and teamwork without making things too complex.

With the regular help of my fellow Activators Annette Jordan and Monjur Elahi, plus some valuable extra support from parents we were able to coach and play to greater effect in smaller groups. I am particularly grateful to the parents who joined in to help as it often enhances the youngsters’ enjoyment when mum or dad is also involved with them.

We held a tournament on our last session, combining ‘Diamond Cricket’ and ‘Lord’s Cricket’ as a double event. Always firm favourites with the All Stars, the overall winners were a well deserving team lead by their captain Johnny Lammacroft. We finished off with certificates for everyone, followed by a small cricket tea, which was polished off in no time!

I take this opportunity to again thank my amazing team of Activators and parent helpers, without whom we would not be able to deliver the sessions in the same way on behalf Newdigate Cricket Club. 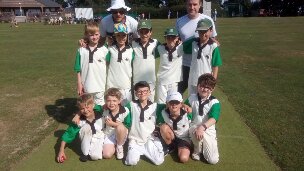 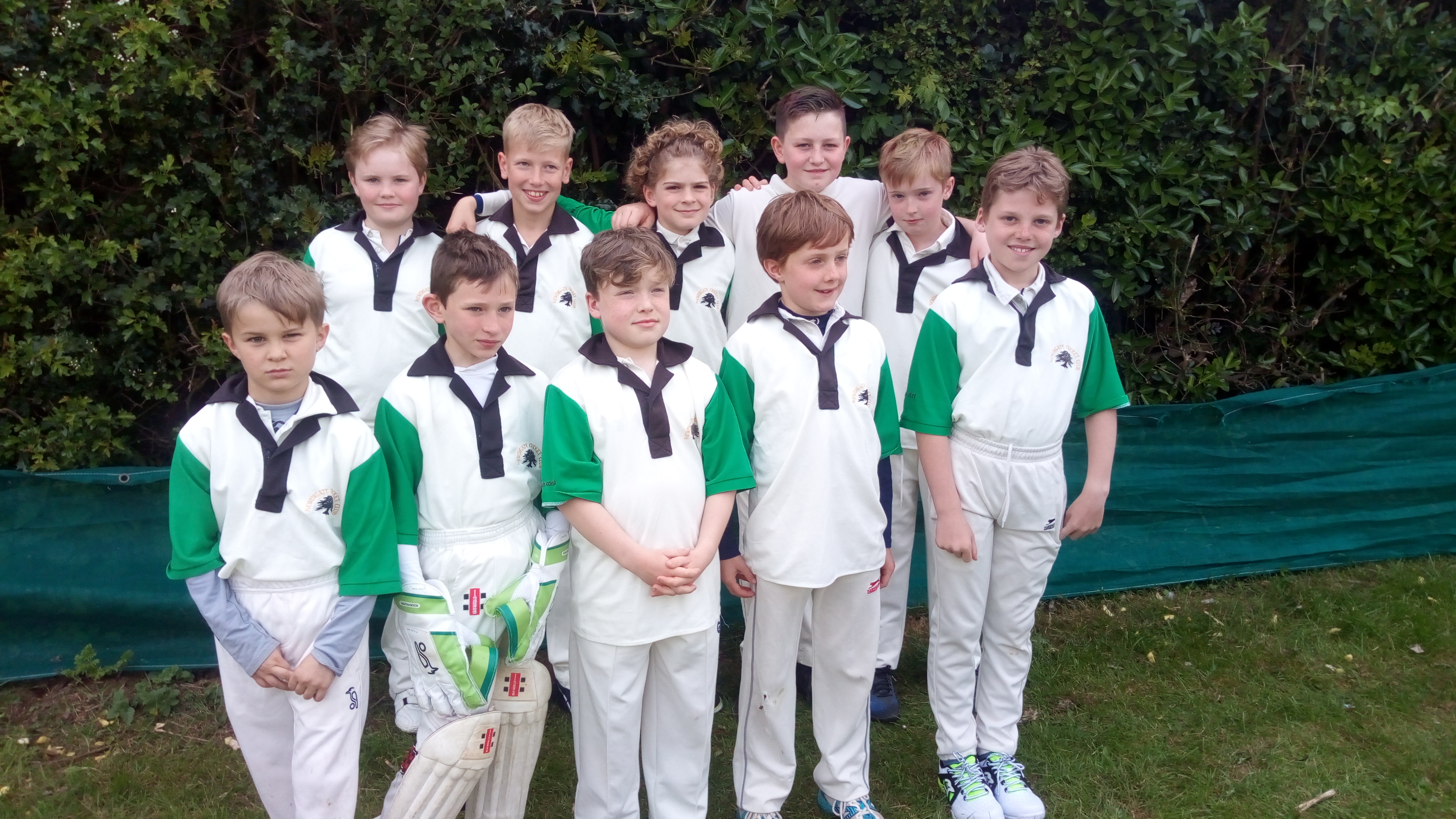 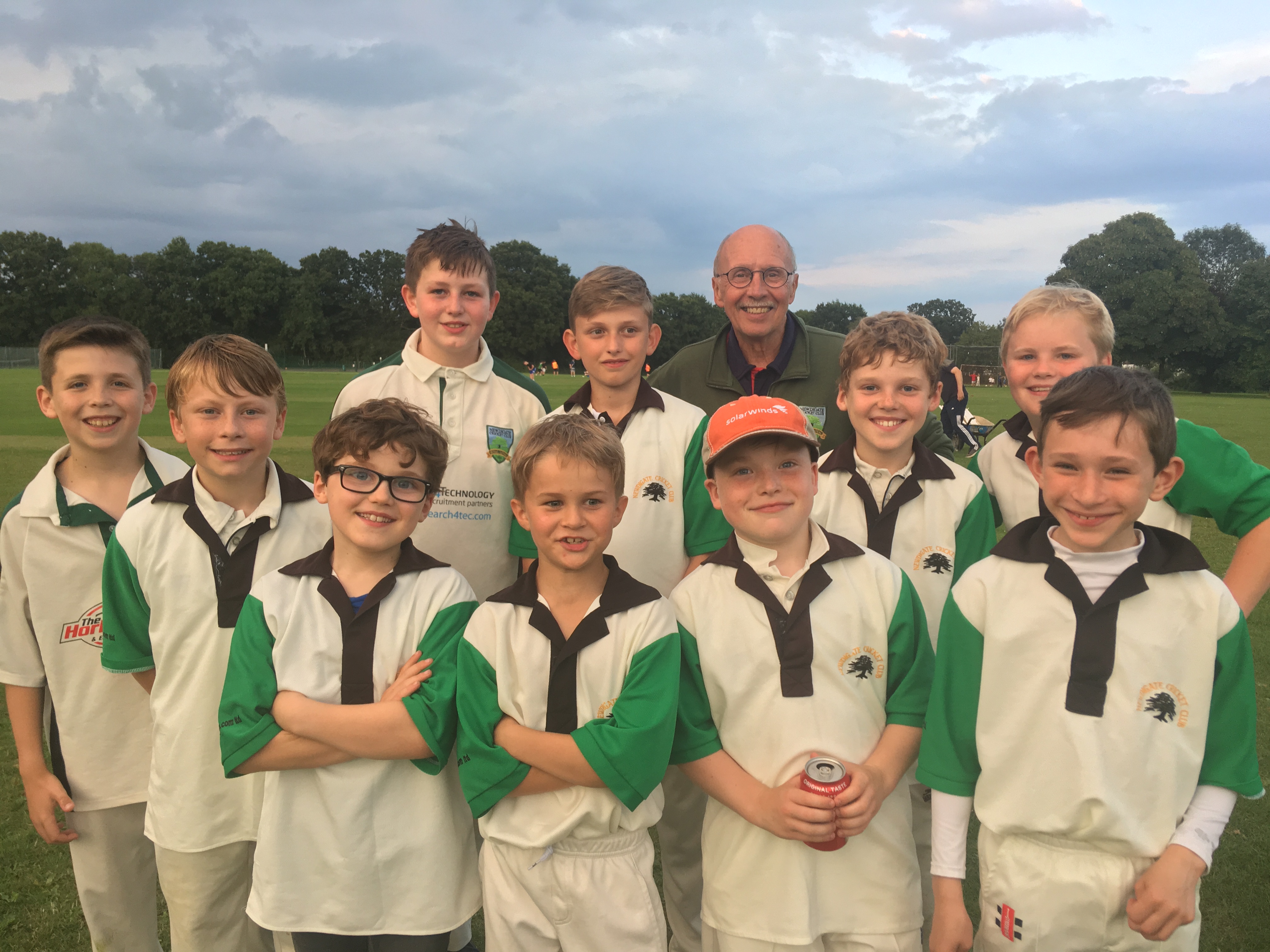 Throughout the season this group’s attendance at training has been outstanding and as a result I have witnessed a tremendous improvement in their standard of play particularly in the bowling and fielding departments. They are also a very supportive group and always help each other. They have been ably lead by Sebastian Dearsley and well backed up by Charlie Stimpson and Elliot Spiers. After just two matches I was able to let them sort out field placings, and the batting and bowling orders (with Toby chipping in!). It is difficult to pick out individuals but I particularly remember a stunning Sebastian catch, big hitting from Elliot and four wickets in a match from Muntaha (a shame she missed the pictures) . Also I was very impressed by the way that Freddie and Toby stepped up from the under 9s and played in the higher age group effortlessly and became an integral part of the team. Well done everyone.

In a very wet Capel 6-a-Side competition the team played some good cricket but just failed to qualify for the finals.

I would like to thank James Dearsley for scoring and everyone who washed the shirts and provided refreshments for the home matches. A real team effort. 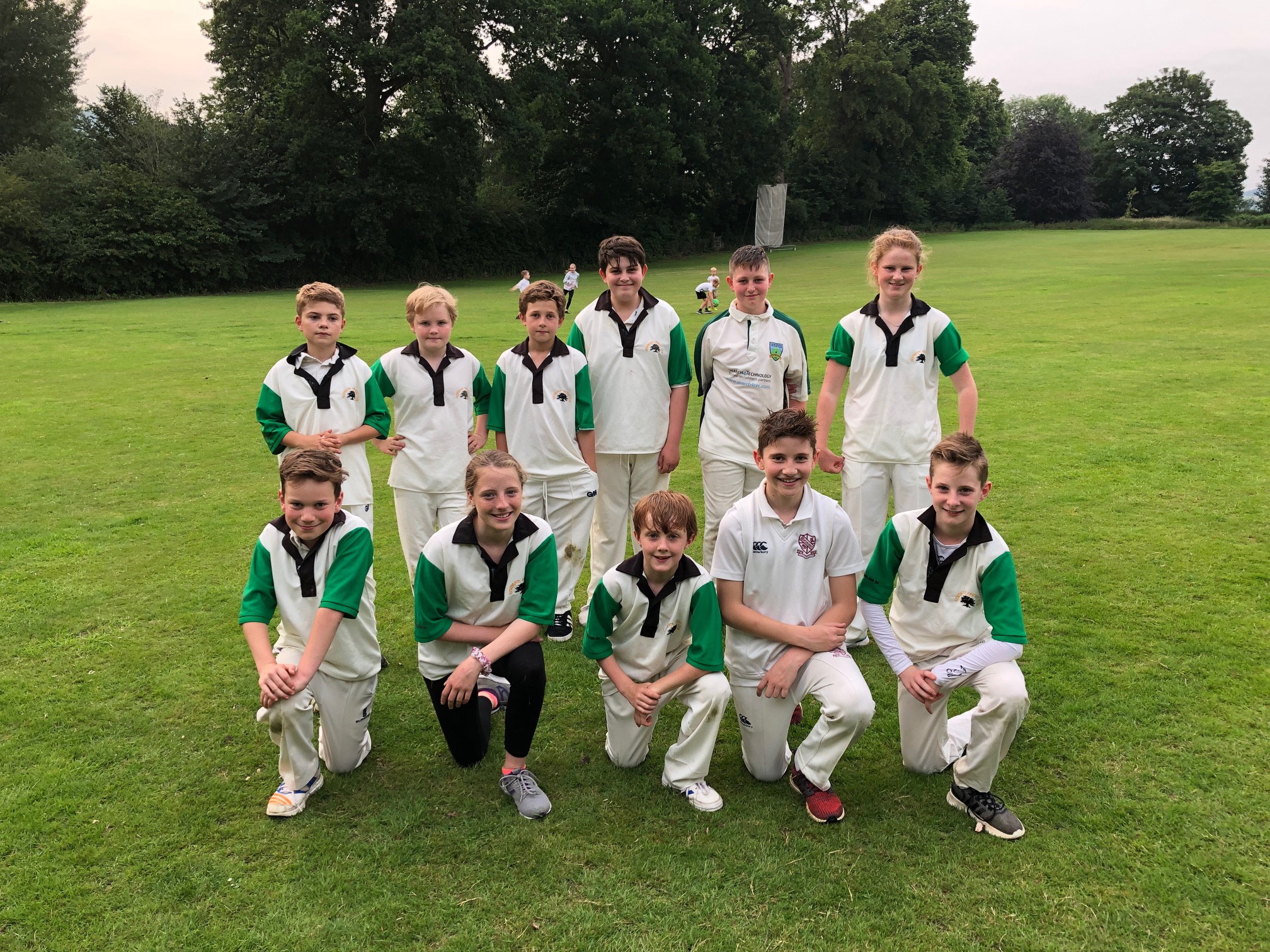 The season did not get off to the greatest of starts with two losses to good opposition followed by a sustained period of rain.  When added to a bye in the first round of the cup and our rest week in the league, it meant there was a gap of around a month where we did not get any match practice.

However, once the missed games had been rearranged, which included three matches scheduled for one week, the mighty U12 team came out all guns blazing.  The game against Reigate Priory went to the wire and we sadly lost in the last over of the game, having put up a very spirited fight.  The following week saw the U12s dismantled all three opposition teams, reducing them all to very limited totals and then batting to victory with plenty of overs to spare.  In the field, the bowling was excellent with wickets being shared by all of the bowlers and the fielding producing some amazing efforts and catches that would have got into the ICC World Cup top 10 list. Rufus, Anna and Tom were then all instrumental in chasing these totals with cool heads.  Tommy needs a special mention for his sterling efforts against Caterham where he fractured his fingers whilst fielding but came back on to continue his bowling and then carried his bat during the run chase.

The game against Lingfield, the eventual league winners, again went to the wire and due to some missed opportunities (catches win matches) we allowed them to set a big target that we just missed chasing.

The last two league matches and the cup semi-final all followed a similar pattern with missed catches and too many extras allowing the opposition to get away from us.  That said, the team put up a brave fight and  lost in the last over to Capel, and were only a handful of runs short against Banstead.

Alice, Leo, Freddie and Rufus should all be congratulated on their sustained bowling efforts and taking a plethora of wickets between them.

Thank you to Evette for her support in coaching the team, Jonathan for being the duty scorer and the parents that helped with the match teas. 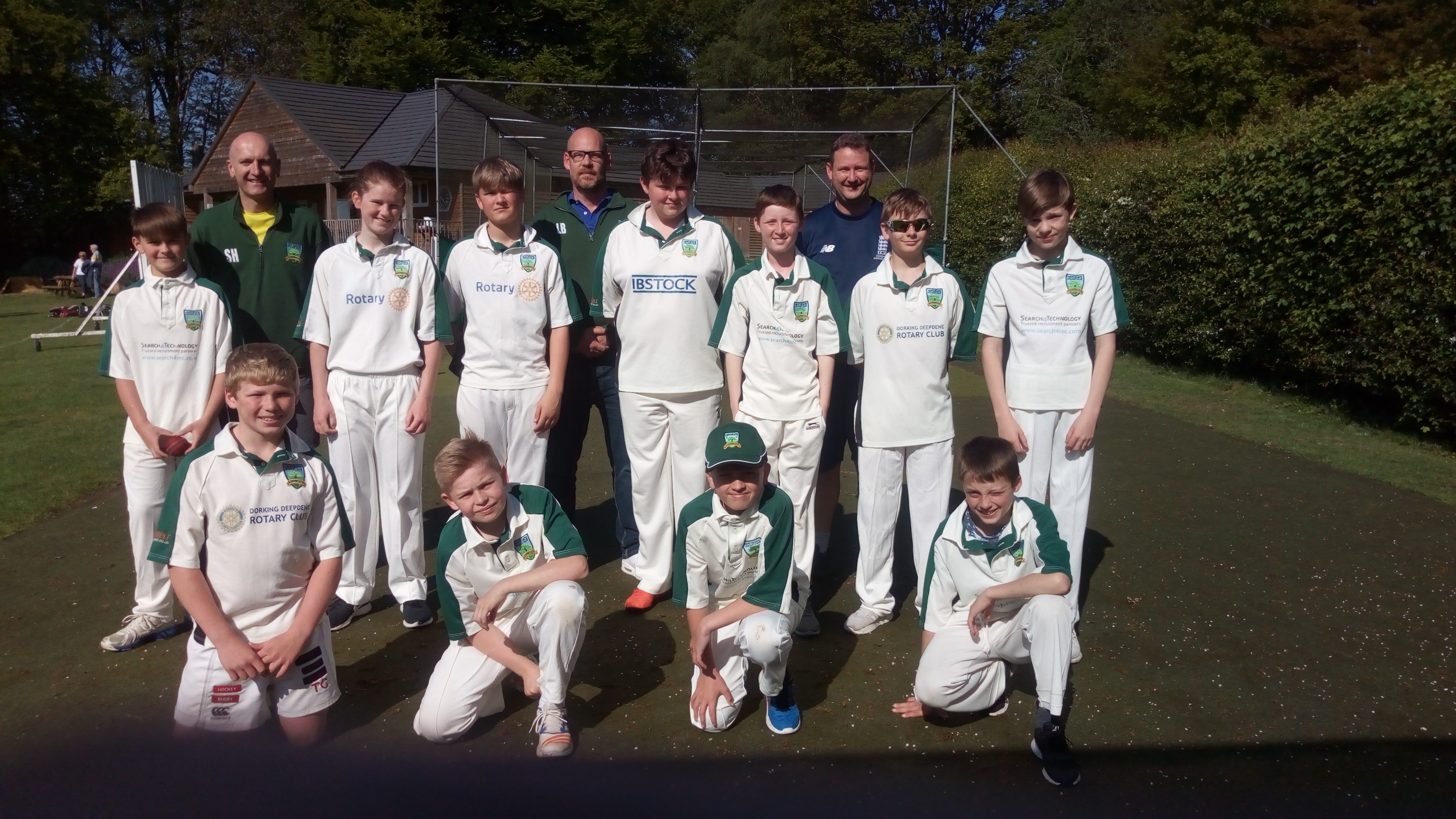 U13
We finished a very credible 3rd behind strong Lingfield and Oxted & Limpsfield sides.  It’s a credit to the players that we were able to win games against Lingfield (twice, L & Cup) and Oxted & Limpsfield in the league cup.  The players have developed well, individually and as a team and have shown that can compete with  the top sides.
2019  Player Awards
– Batting – Henry Wells
– Bowling – Tim Holt
– Fielding – Anna Lewis
– most improved – Tom Harper
U14
We enter this league to give our U13 squad more game time and match experience.  The league has some very strong teams which certainly challenged our players but we were still competitive, the highlight being our league win over Reigate Priory.
2019 Player Awards
Batting – Thomas Clark
Bowling – Frankie Patterson
Fielding – Oliver Brien
Most improved- Ethan Hall

Since its inception the Chance to Shine scheme has provided cricket to over 4 million boys and girls. In 2019, in Surrey alone, sessions have been delivered to 119 schools to 14817 children. I do five sessions for year 1 and five sessions for year 2 at Newdigate Infants School. This is the first pathway for young people to join the club’s junior section. 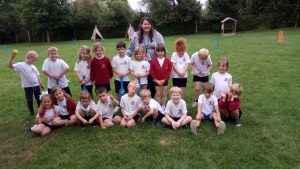 Once again we hosted the boys and girls Dorking Schools’ Kwik Cricket Competition. Lot’s of good cricket was played on both days. The boys was won by a very strong St. Paul’s side and they were closely followed by the Weald and  and St. Josephs. St. Joseph’s won the girls competition ably led by former Newdigate girl Maeva Hudson. 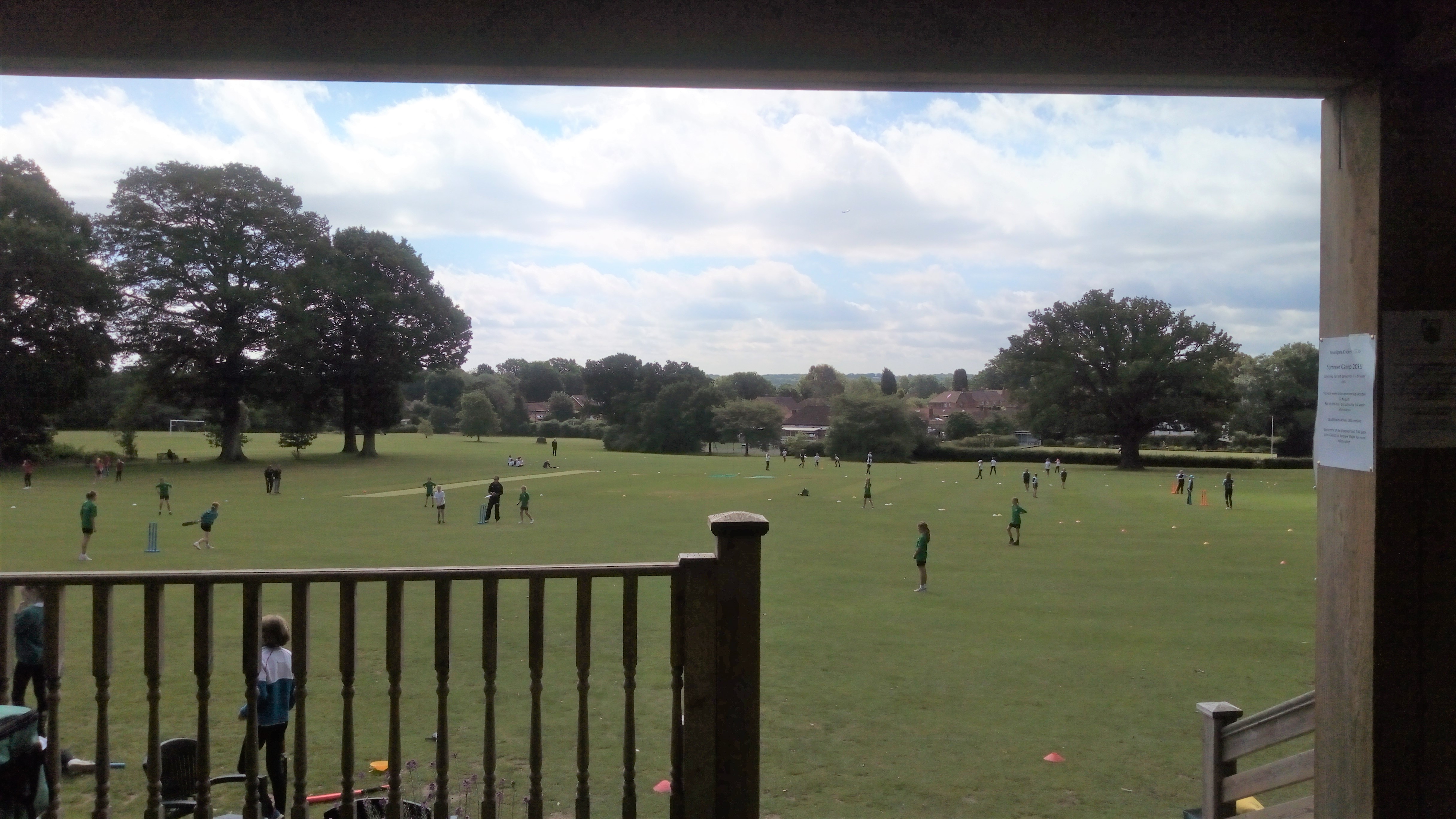 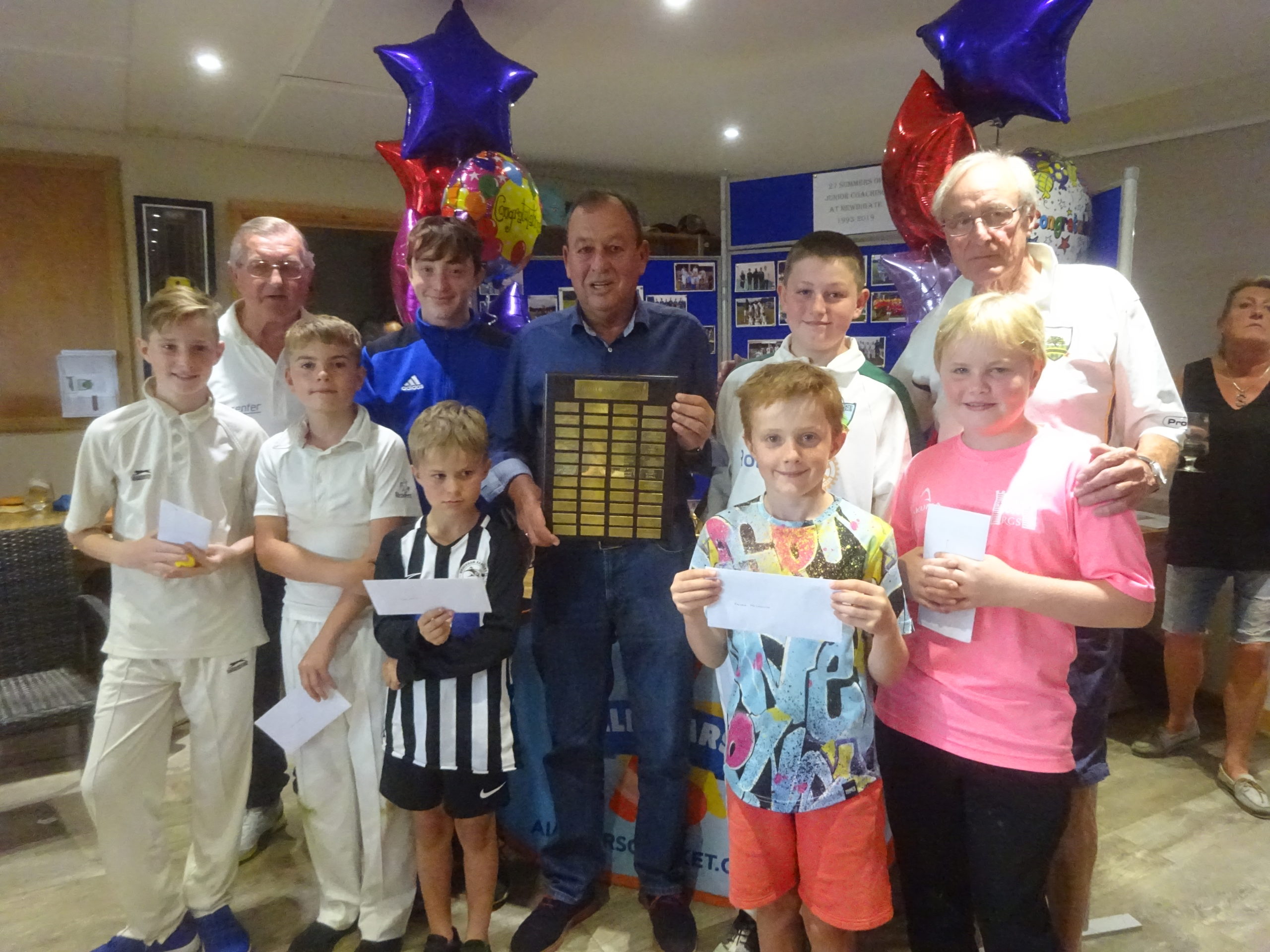 Once again the junior presentation was a very special event and well attended by juniors, parents and friends. We were delighted to welcome Chris Haigh and Tony Parrett to present the awards. More pictures can be seen in the designated section.